WHILST TRACK IMPROVEMENT WORKS ARE TAKING PLACE, THE RESERVE BETWEEN BROWNBER AND THE VIADUCT WILL BE CLOSED MONDAY - FRIDAY.

The stunning scenery provides a backdrop to this lovely reserve. The steep wooded slopes of Smardale gill contrasts with the views of open rolling countryside from the viaduct. A great place for flowers, butterflies and birds.

Bike rack at the car park

The reserve provides 6km/3.5 miles of level walking and connects with a number of public footpaths. Walk across the grade 2* listed viaduct and share the breathtaking views.

The main track from Smardale car park to Smardale Gill viaduct (1.5miles) has an all-weather surface and is level, making it suitable for wheelchairs and pushchairs.

The rest of the track to Newbiggin-on- Lune (3.5miles) is level and easy walking.

A detour to the beck can be taken close to Smardale viaduct, where steps lead to the beck and back to the main track.

In the other direction, the path from Smardale car park to Waitby Greenriggs (1.5miles) is mostly flat but uneven under foot. Please note, there are some steep slopes, steps and stiles.

Please keep to the main footpaths. You can make a circular route by using other footpaths and bridleways, which may be narrow, steep or muddy in places. Please refer to an OS map for navigation.

Waitby Link: we are improving access, which is currently difficult. Plans include a walkway to Smardale and a level track towards Waitby for 0.8km/0.5miles.

Stunning scenery provides a backdrop to this wonderfully varied nature reserve that stretches from Newbiggin-on-Lune almost as far as Kirkby Stephen.

The species-rich grassland attracts a variety of pollinating insects and the industrial archaeology of the railway line adds constant interest.

The steep wooded slopes of Smardale Gill and the enclosed cuttings along the Waitby Link contrast with the views of open rolling countryside experienced along the route.

What makes Smardale Gill so special?

The woodland has probably been present since medieval times and plants such as bluebells, primroses, wild garlic and ferns carpet the ground in spring.

The grassland, which has colonised the railway cutting and embankments, is species-rich due to the underlying limestone and is managed by grazing in winter.

Woodland has probably been present in Smardale Gill since the medieval period and as a result a great diversity of plant species can be found here.

In spring you will find bluebells, primroses, wild garlic and many fern species on the woodland floor. Many of the trees are multi stemmed, evidence that coppicing has occurred in the past.

The grassland, which has colonised the railway cuttings and embankments, is also very rich in species due to the underlying limestone rock. Unusual plants to look for here include bloody cranesbill, fragrant and butterfly orchid.

Smardale Gill is one of only two sites in England where the Scotch argus butterfly can be seen. Other butterflies include dark green fritillary, common blue, northern brown argus and dingy skipper.

Non-native tree species, planted in the woodland in the past, are gradually being removed. The grassland areas are managed by late summer/autumn grazing and manual scrub control.

The Trust first purchased land at Smardale Gill in 1978, however there have been a number of subsequent acquisitions.

The railway line was purchased from British Rail in 1991. The disused Smardale Gill Viaduct is owned by the Northern Viaduct Trust and urgent repair work was completed in February 2015.

The site became a National Nature Reserve in 1997. For further information visit the Smardale Gill viaduct and Trust website.

What makes the Waitby Link so special?

As well as providing a continuous woodland corridor for wildlife, the Waitby Link is also a fascinating geological time tunnel.

When the railway was built, an impressive cutting was carved through the carboniferous limestone to provide a level track bed, which now provides a rare opportunity to see an assembly of rock types that depict a range of geological processes

The Trust first purchased land at Smardale Gill in 1978 and there have been a number of subsequent acquisitions. The Smardale railway line was purchased from British Rail in 1991; and the Waitby Link was purchased in 2017. Smardale Gill Viaduct is owned by the Northern Viaduct Trust.

To Smardale car park: from the A685 between Ravenstonedale and Kirkby Stephen, take the Smardale turning. Cross over the railway and turn left at the T-junction. Bear right over the disused railway and turn immediately right. The car park is 200m on your right.

To Newbiggin-on-Lune parking area: From the A685 at Newbiggin-on-Lune take the Kelleth/Great Asby turning then take the immediate left for Kelleth and park on the roadside. Walk back the way you came and join the road signposted Great Asby and turn left. Then walk uphill and turn right into the drive for Brownber House, past the Lodge. The nature reserve entrance is just along this drive on the right. The distance from the parking area to the entrance is 250m

There is limited roadside parking at grid reference: NY 757 085 for access to Waitby Greenriggs.

The nature reserve is 2.3km/3miles from National Route 70 Walney to Wear (W2W).

There is a limited bus service from Kendal, Sedbergh and Brough to Kirkby Stephen.

Came upon this by chance. Car park & facilities excellent. Lovely walk to viaduct and back, particularly enjoyed watching the many species of birds on the feeders. Thanks to the warden for the warm welcome and information.
Visitor to Smardale Nature Reserve 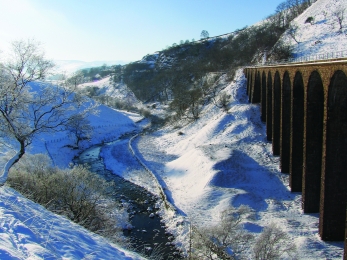 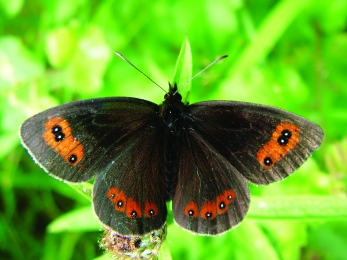 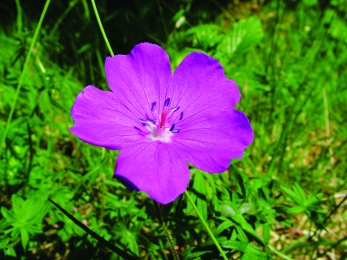 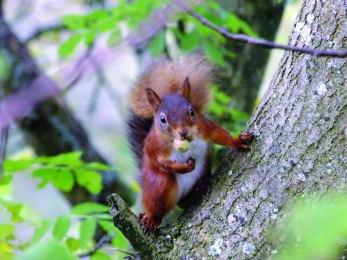 Join Debbie North on a walk along our Smardale Nature Reserve.

Your donation will help improve Smardale Nature Reserve to make it both a haven for wildlife and also give the access needed for people.

If there are any upcoming events at Smardale Nature Reserve we'll show them to you below. 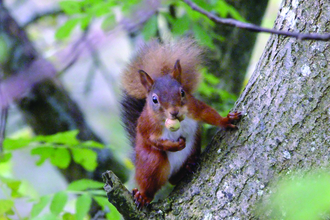 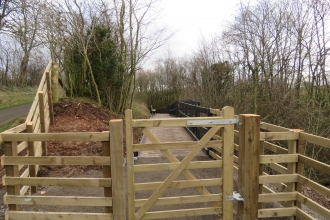 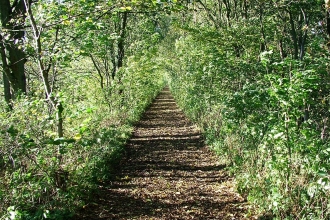 Thank you to our funders.

The Yorkshire Dales National Park Authority’s Sustainable Development Fund is open to individuals, businesses, community groups or voluntary sector bodies. It provides an accessible source of money for a range of projects that result in positive benefits for the National Park’s environment, economy and communities, while enhancing and conserving local culture, wildlife and landscape. 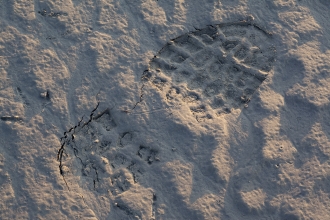 Smardale Nature Reserve is a great places to see wildlife while you are out rambling. This series of Smardale walks have been devised… 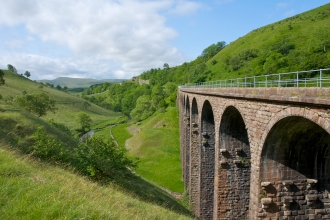 How to get to Smardale Nature Reserve - directions. 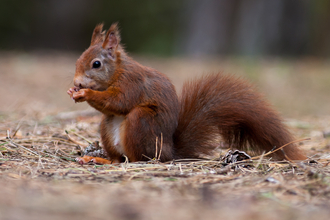