Swifts flying over a house with swift boxes © Kendal Swifts

Tanya and Edmund Hoare give talks all around the area to raise awareness about the plight of swifts and what we can do to help. Their talks are always inspirational.

Tanya and Edmund have also pioneered Fostering, a new way of helping swift chicks that fall out of their nest. The lost chick is put into a nest where the swiftlets are a similar age. Because swifts cannot count, the parents raise their increased brood quite happily.

At Settlebeck School the swift boxes put up by SCS were occupied in the first year. They are equipped with webcams, so that live activity from the nests can be seen on a TV in school reception and by the wider community too, via the internet.

In this part of Cumbria, the planning authority is the Yorkshire Dales National Park (YDNP). Here, planning officers recommend swift nest boxes or bricks are placed in appropriate developments when planning permission is sought. An example was the renovation of Birk’s Mill, Sedbergh, where 30 integral nest bricks were included in the re-build.

Swifts in the Community

Swifts in the Community is the umbrella for the groups in Ambleside (new in 2019), Arnside, Borwick, Burton-in-Kendal, Grange-over-Sands, Heversham, Milnthorpe, Staveley (new in 2020), Silverdale, Warton, Yealand as well as Kendal. If you would like to join any of these groups please contact Pete Moreton or the group leaders listed on this page. He also provides assistance in setting up new groups and gives swift talks. The collective data from all the groups is held in a central repository. As well as an expanding historical archive it is also used to pass data to the BTO (Birdtrack) and Cumbria Biodiversity Data Centre where is used to update their data bases. More information can be found on the SITC web site.

As well as monitoring nest sites, and talking to property owners, the group also talks to the local schools. One of the best sites in Arnside to see swifts is at the Educational Institute.

The group watch the village swifts every Thursday in the summer, and shares their findings on the blog https://burtonswiftbirdstudygroup.blogspot.com/.

They have been campaigning to save the swifts on The Royal Hotel and are hopeful that a new building development will incorporate swift nest bricks.

A new group is being formed in Staveley.

Based in the Gosforth/Seascale area, the group monitors swifts each year and encourage people to put up nest boxes with. Muncaster Castle is a notable success which has put up boxes in the parapets of the castle and already birds have been investigating.  In Seascale, a large colony had been rendered homeless by a complete renovation and sealing of their nest sites. But, in 2018, 6 swift boxes were installed on the Sports Hall, and it is hoped the birds will soon re-establish their nests here.   It is a great local project which attracted plenty of publicity and a grant from the Parish Council.

Although not specifically a swift group, CBC has been monitoring aerial swift numbers and nest sites for two years. The report for 2019 is not out yet, but 2018 makes interesting reading. They work with the other swift groups, and volunteers throughout the county are welcome.

In a normal year, between May and the end of July, the 18 or so members of Kendal Swifts are out before sunset looking to see where the swifts are nesting. We make a note, and later on we will approach the building owner to let them know that they have this honour, and to ask them not to block the nest site, or to erect scaffolding during the nesting season.

We also take an active part in the planning system which is a friend to biodiversity. Planning policy, both nationally, and locally, supports and aims to enhance biodiversity. We have found that winning the support of the local planning officers (in our case SLDC) can be effective.

Our first major success was in getting 15 swift bricks built into the new K Village complex. Watch out for screaming parties in 2022!

New in 2020 are swift boxes in the bell tower of Kendal Parish Church. 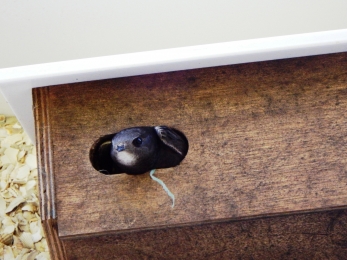 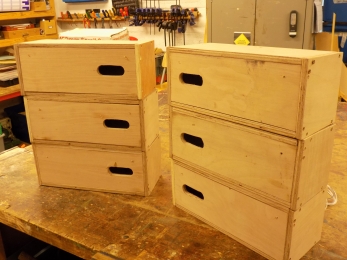 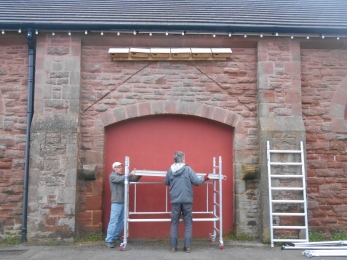