There is a circular route around the reserve (0.5km/0.3 miles). In the wood the ground is fairly steep and the path has some steps. Visitors make their own way through the meadow.

Ground is fairly steep. The path has some steps and two stiles.

Throughout the year you can explore the evidence of the industrial past and archaeological remains.

What makes Augill pasture so special?

The pasture is a particular type of species-rich grassland known as upland hay meadow.

With fewer than 1,000 hectares remaining in just a few valleys in the Pennines and Lake District, this landscape is extremely rare.

Wildflowers abound in the pasture

The area of open grassland known as the pasture  is a wonderful area of species rich grassland.

From May to September you can find a huge variety of different flowers here including melancholy thistle, lady's mantle, knapweed, wood cranesbill and great burnet.

In summer you will come across orchids such as fly orchid, fragrant orchid,  heath spotted and common spotted orchid.  If you look carefully you might also spot the unassuming frog orchid.

September is the time when the meadow area takes on a wonderful purple hue when devil's bit scabious is in flower.

This type of grassland, known as mountain hay meadow, is extremely rare in Britain with less than 1,000 hectares remaining in just a few upland valleys in the Pennines and the Lake District.

The pasture was probably used for grazing pit ponies whilst the mines were in operation.

Since the smelt mill was abandoned at the end of the 19th century, the woodland you now see has been able to regenerate.

The main tree species are birch, ash and willow with a shrub layer of hazel and rowan.

In late summer, look out for the magnificent broad leaved helleborine which grows here at its highest location in Cumbria.

In 1990 the site was threatened by the widening of the A66 but fortunately the road was re-routed and the nature reserve was designated as a Site of Special Scientific Interest.

Augill Pasture is now a haven for wildlife but during the 19th century it was at the heart of an industrial area.

Within the nature reserve are the remains of a lead smelt mill dating from 1843 (now leased by the North Pennines Heritage Trust) together with associated structures.

Augill Pasture is owned by Plantlife and has been leased to Cumbria Wildlife Trust since 1998.

From Brough take A66 east for approximately 1 mile. Take the first left and turn right almost immediately. Follow this road until it ends. Park behind the post and rail fence. The reserve is reached by going through a gate in the wall leading to the old smelt mill.

Buses run from Ravenstonedale and Kirkby Stephen to North Stainmore. 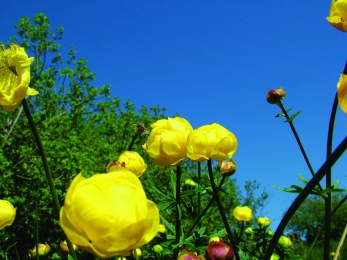 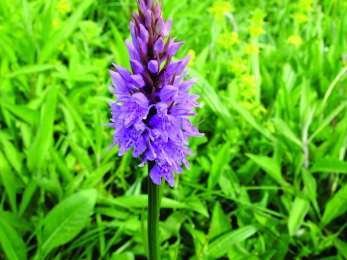 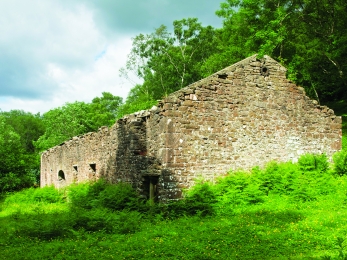 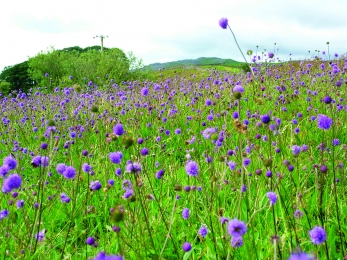 If there are any upcoming events at Augill Pasture Nature Reserve we'll show them to you below.