This small reserve, a mix of grassland, woodland and scrub has a surprising variety of plant species. It is a haven for insect life.

The bridleway can be used to make a short circular walk around the reserve (0.5km/0.3 miles). Paths are unsurfaced and steep in places. There is a seat overlooking the main grassland area.

The reserve is crossed by a public bridleway and has access direct from the former A590, where there is ample parking

Despite its size, Latterbarrow is home to an amazing variety of plants with over 200 species recorded. The underlying limestone rock, combined with a mix of grassland, ash and hazel woodland and scrub provides a variety of habitats.

What makes Latterbarrow so special?

Yew and the rare Lancastrian whitebeam are particular features of the woodland, but the flower-rich grassland steals the show.  Ash and hazel woodland covers about half of the nature reserve.

With early-purple orchid and cowslips opening the sequence in May, greater butterfly and fragrant orchids follow in June, and the display becomes even more colourful in July.

By varying the timing of the grazing, flowers set seed periodically, which ensures the continuing diversity in the grassland. The resulting abundance of nectar makes Latterbarrow a haven for insect life.

Throughout the summer, the open grassland areas are a delightful succession of flowers.

In May you can see early purple orchid and cowslip in flower.  These are followed in June greater butterfly and fragrant orchids.  Look two for the tiny fly orchids.

During June and July the nature reserve is at its most colourful with wild columbine and ox-eye daisy, followed by common rockrose, agrimony and betony. In the autumn, devil's-bit scabious and golden rod are in flower.

The abundant nectar and habitat diversity also make the nature reserve a haven for insect life.

The brimstone butterfly is one of the first to be seen in spring. It over-winters as an adult emerging on warm days from February onwards.

Early in the summer you might also see northern brown argus, and later silver washed and dark green fritillaries.

Later in the summer red admiral, peacock and brimstone butterflies can be seen feeding on the nectar rich plants such as common knapweed.

Small mounds in the grassland are nests of the yellow meadow ant. These can be quite old and are often covered in thyme, rockrose and other plants.

We manage Latterbarrow by grazing with cattle to maintain the diverse grassland and the mosaic of habitats. By varying the timing of grazing, it is hoped to allow flowers to periodically set seed whilst keeping scrub and bramble in check.

We also aim to increase the area of limestone grassland through targeted tree felling and scrub removal.

Latterbarrow was purchased in 1986 with help from the Lake District National Park.

Latterbarrow lies just off the A590 between Grange-over-Sands and Kendal at Witherslack. Take the turning signposted Witherslack. Pass the Derby Arms and turn immediately left onto the former A590. The reserve entrance lies about 0.3km/0.2 miles along the old road, where a bridleway is signposted to the right. 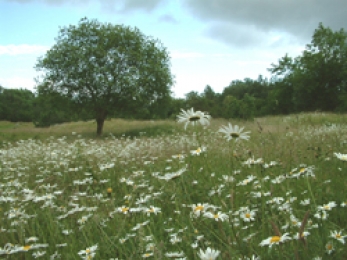 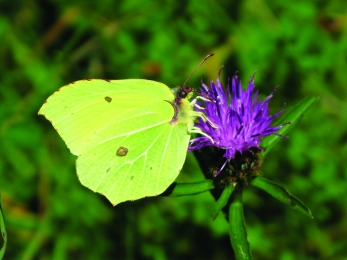 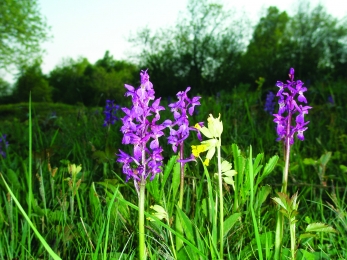 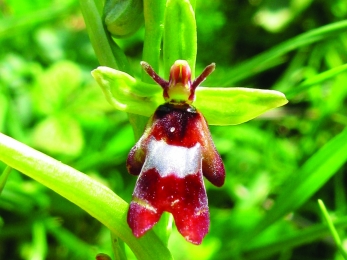 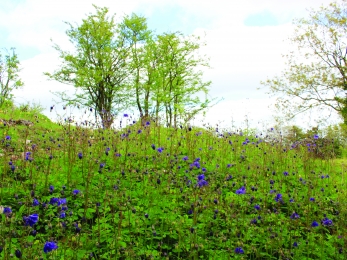 If there are any upcoming events at Latterbarrow Nature Reserve we'll show them to you below.