Once a large freshwater lake this unusual wetland habitat has a number of rare plant species. A speciality of the site here is the delicate bird's eye primrose, whilst other species include the black bog-rush, wild columbine and fragrant orchid.

There are no waymarked routes around the nature reserve and walking (particularly on the mire) is extremely difficult due to the tussocky nature of the vegetation.

The nature reserve can be very wet especially in winter and wellington boots are recommended.

Hale Moss nature reserve has direct access from a public road. Access to the reserve is via a stile through the hedge or, if this access is waterlogged, via a gate at the northern end of the reserve into the woodland (opposite Lakeland Wildlife Oasis).

How the moss formed

Hale Moss was once covered by a large freshwater lake that extended right across the valley floor. The skeletons of millions of aquatic animals, that lived and died in the lake, formed a layer of calcareous marl.

The lake eventually filled up with vegetation and this formed a peat layer over the marl. At Hale Moss the marl layer has been re-exposed through man's activities (possibly peat cutting or ploughing).

The water-logged marl provides an unusual habitat.  The main species you can see are large tussocks of black bog rush and purple moor-grass.

Nestled between the tussocks you can find a number of orchids and rare wildflowers.

Look out for the diminutive bird's-eye primrose which flowers in May, or in summer the delicate white flowered grass-of-parnassus.

To the north of the wet area is a woodland of mainly Scots pine with birch and sycamore.

Hazel and holly form a shrub layer in places and you can find early dog violet and herb paris.

A ride was cut through the wood for a gas pipeline in 1967 and this is now dominated by hemp-agrimony.

Butterflies are attracted to this plant and, in late summer, the ride can be full of red admirals, peacocks, small tortoiseshells and brimstones. The larvae of brimstone butterflies feed on the alder buckthorn.

When trees within the woodland fall down they are left in situ to create dead wood habitat for invertebrates.

Hale Moss was purchased by Cumbria Wildlife Trust in 1972 and 2003.

From the A6 travelling north from Carnforth take a right turn for Burton immediately beyond the garage. Park on verge of the slip road here. Coming south from Milnthorpe take a left turn after the Lakeland Wildlife Oasis.

The reserve is 1.6km/1 mile from National Route 6. By public transport: Buses run from Kendal to Hale. 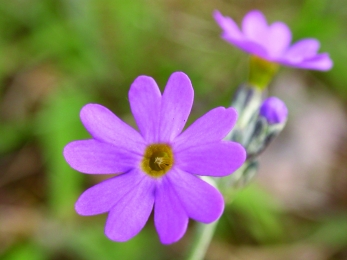 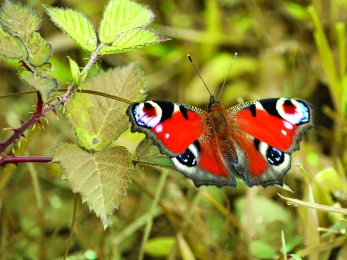 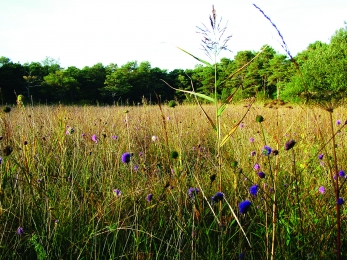 If there are any upcoming events at Hale Moss Nature Reserve we'll show them to you below.