Hutton Roof Crags contains some of the best areas of limestone pavement in Britain, with a wealth of unusual plants and animals. Pavement occurs in a mosaic with woodland, scrub, grassland and heath.

Near Burton in Kendal

The whole area is open access land and is served by a number of public rights of way and informal paths. These can be narrow, uneven and muddy, and may cross limestone pavement. Navigation can be difficult and a detailed OS map is recommended.

The limestone pavement is home to a number of specialist rare ferns and flowering  plants, and the very thin limestone soil is ideal for dark-red helleborine and juniper to thrive.

In summer you will hear birds such as willow warbler and skylark, along with the resident birds such as nuthatch, greater spotted woodpecker and woodcock.

From April there is a succession of butterflies. First to appear are the small tortoiseshell and brimstone butterflies and the green hairstreak.

From May onwards there are fritillaries along with common blue, peacock and grayling.

Badgers, foxes and roe deer are frequently seen on the reserve.

Comprising the land known as Lancelot Clark Storth and Burton Fell, the nature reserve contains some of the best areas of limestone pavement in Britain.

Once wooded, the current mosaic of woodland, scrub, grassland and heath results from past clearance and grazing.  Walls were built to create enclosures in the 19th century.

Reduced grazing pressure since the early 20th century has allowed trees and scrub to re-establish.

Only Park Wood and Pickles Wood have had continuous woodland cover since the medieval period.

Today, management is aimed at maintaining areas of open grassland and pavement.  Cattle have a vital role to play in helping maintain the rich diversity of flowering plants.

Coppicing takes place in the wooded area of Lancelot Clark Storth to provide breeding habitat for these species.

Lancelot Clark Storth was purchased in 1978. Burton Fell was given to the Trust in 1992 by the New Zealand descendents of William Atkinson. Park Wood and Hutton Roof Common are leased from Natural England and Hutton Roof Parish Council respectively.

From M6 junction 36 take A65 then A6070 towards Burton-in-Kendal. At the Clawthorpe Hall Business Centre take the left turn signed for Clawthorpe. Follow this for approx 1.5km/0.9 miles and park where bridleway is signed for Burton (SD 543 783). Follow bridleway across the field and into the wood until the reserve is reached (300m/330yds).

The reserve is 5km/2.5miles from Regional Route 90.

Buses run from Lancaster and Kendal to Burton-in-Kendal. 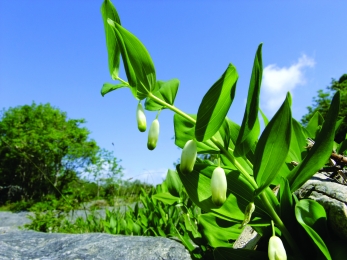 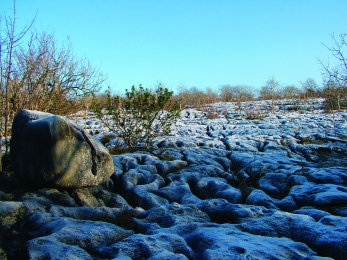 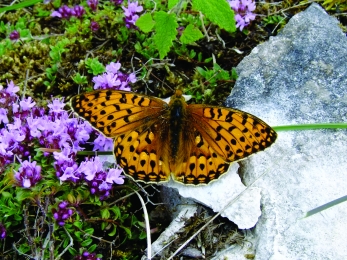 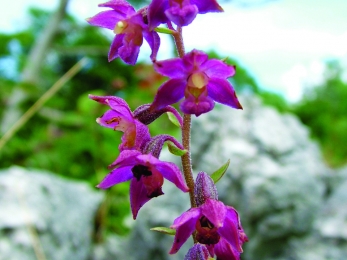 If there are any upcoming events at Hutton Roof Crags Nature Reserve we'll show them to you below.