A small nature reserve with a surprising diversity of habitats full of interest throughout the year. Great place to see butterflies, moths and dragonflies.

Park on the verge at the nature reserve entrance. Please do not obstruct the farm track through the reserve.

Yes in autumn and early winter

There is a waymarked circular route around the reserve (1.4km/1 mile), which has boardwalks over wetter areas and a small number of steps. The reserve is divided  by a farm track which provides a short-cut back to the road from several points along the trail.

Gated entrance. Some sections of the paths suitable for wheelchairs.

Wildlife has recolonised this former gravel quarry at remarkable speed. Now, ponds ranging from temporary pools to open water are surrounded by scrub and grassland.

What makes Bowness-on-Solway so special?

Specialist water plants such as branched bur-reed, yellow iris and distinctive smelling water mint are found around the ponds, and in spring they’re alive with great crested newts, frogs and toads.

Striking dragonflies and damselflies add to the vibrant pondlife during the summer.

The gorse, thorn and willow scrub is a great habitat for breeding birds: several species of warbler have been recorded, as well as willow tit and bullfinch.

Flocks of redwing and fieldfare feed on hawthorn berries as they provide a rich winter food source.

In turn, the grassland flowers provide nectar for a wide range of insects – nearly 400 species of moth and 20 species of butterfly have been recorded

Wildlife around the ponds

The ponds are a major feature of the reserve and range from temporary pools to permanent open water.  Around the ponds you can find specialist water plants such as s branched bur reed, yellow iris and distinctive smelling water mint.

In spring the ponds are alive with great crested newts, frogs and toads which breed in the ponds.

From late spring through to autumn look out for dragonflies such as the emperor, which is the largest dragonfly in Britain and also four spotted chasers, common hawker, southern hawker and darters.

You can also see several species of damselflies such as common blue, azure and emerald.

Some of the ponds have recently been re-excavated to begin the process of colonisation again.

Gorse, thorn and birch scrub grow on the drier areas and willow scrub in the wetter areas. This scrub mix provides an excellent habitat for breeding birds.

In spring you can enjoy the sounds of willow warbler, willow tit and linnet and other song birds.

In autumn and winter you might see wintering flocks of field fares and redwings feeding on the hawthorn which provides a rich winter food source. You may also see flocks of goldfinch feeding on the thistles.  Winter is a good time to see birds such as the barn owl or the hen harrier or even woodcock.

Later in the summer the grassland is a blaze of purple knapweed.  Some of these areas are grazed in autumn and winter to encourage greater species diversity. The flowers provide nectar for a range of insects.

The knapweed is very attractive to some species of butterfly.  Sunny days in late summer are a good time to see butterflies such as ringlet, small copper, large skipper and peacock.

Over 20 species of butterfly have been recorded on the reserve and more than  350 species of moth!

The nature reserve was given to Cumbria Wildlife Trust in 1977 by Tilcon.

From the B5307 the reserve entrance is from the track near Biglands House approximately 1.25km/0.75 miles from Bowness on Solway village.

The reserve is on National Route 72 Hadrian's Cycleway. 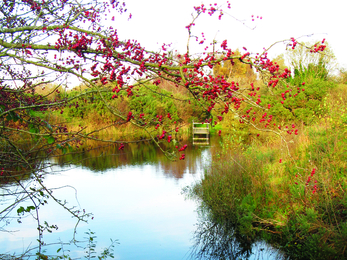 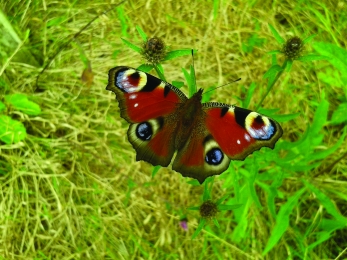 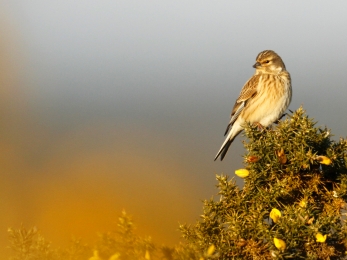 If there are any upcoming events at Bowness-on-Solway Nature Reserve we'll show them to you below. 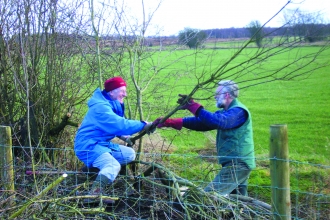 Conservation day at Bowness on Solway