We're delighted to announce that for the first time in six years, gull chicks have fledged at South Walney Nature Reserve near Barrow. Over 100 lesser black-backed and herring gull chicks have been recorded at the site this summer, thanks to the installation of a predator-proof fence.

This news shows a dramatic turnaround in the fortunes of this gull colony. South Walney Nature Reserve is famous for its gulls. It was once the largest colony in Europe, and in the 1970s had an amazing 45,000 pairs of lesser black-backed and herring gulls. However, numbers have declined in recent years, to just 449 pairs this year.

Sarah Dalrymple, Warden for Cumbria Wildlife Trust explains what happened to the colony. “It’s been in decline since the local rubbish tip shut in the 1990s and since at least 2015 not a single chick has fledged. Another reason for the decline is predation - foxes only arrived on Walney Island in the 1990s and badgers about seven years ago (Walney Island is separated from the mainland by a narrow channel). This winter, thanks to funders including British Birds Charitable Trust, Tesco Community Grants and Natural England, and with support from Life on the Edge and Windcluster, we built a permanent predator-proof fence around the colony.”

Sarah continues: “We then had a nervous wait to see if the eggs would hatch. Would the chicks survive? Since 2017 no chicks had survived past the first week of July. But a couple of weeks ago, on 8 July, we had brilliant news: we found over 100 big, healthy chicks! Trained experts from Natural England and British Trust for Ornithology put coloured leg rings on the chicks so we can find out where they go once they leave here. (Look out for these - if you see a gull with a leg ring, take a picture, try and write down the code on the ring and send it to us!).

“The best news of all was last week, on 16 July: we undertook a colony check and watched the first gull chicks take flight, the first to fledge at the nature reserve since 2015!”

While gulls may seem plentiful, the UK conservation status of herring gulls is red and black-backed gulls is amber, the two most critical categories. Read explanation of these conservation categories. 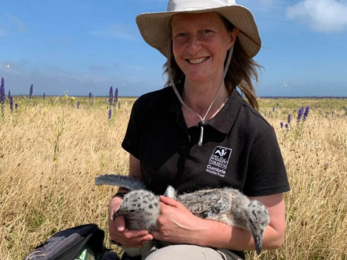 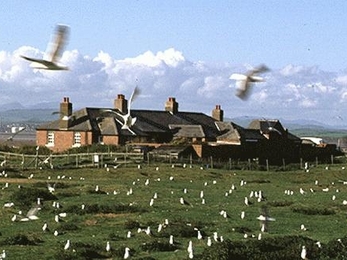 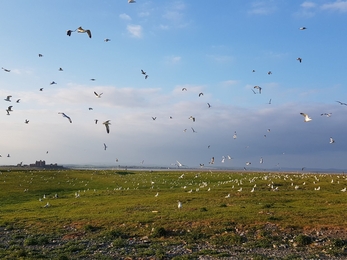 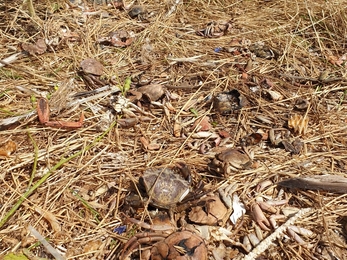 Record number of seals are counted at South Walney

The first grey seal pup to be born this breeding season was spotted at South Walney Nature Reserve on 5 October 2020.