Hay meadows, wet grassland, scrub, hedges, ponds and the beck provide homes for a wealth of wildlife. Although small in size, the nature reserve has a remarkable number of birds.

No designated parking, but on-street parking is available in the surrounding area.

There’s an easy circuit around the reserve on level ground (850m/0.5miles). We request that visitors do not access fenced off areas to minimise disturbance to wildlife and livestock, and dogs are not permitted in the fenced areas.

There is a surfaced path suitable for wheelchairs and pushchairs around the reserve on level ground. Wheelchair-friendly kissing gates give access from Thacka Lane, Cowper Road and Bowerbank Way.

Created to provide flood protection for Penrith, this nature reserve supports an impressive diversity of habitats.

From the hay meadows, wet grassland, scrub, hedges and ponds to the beck itself, a wealth of wildlife is found across the site.

What makes Thacka Beck so special?

The flood basin has helped to raise the water table and created areas of wet grassland either side of the re-routed beck, which is rich in invertebrates and vital for many breeding and feeding birds such as teal, yellow wagtail and snipe.

In order to keep the sward short and appealing to these species, Cumbria Wildlife Trust employs a carefully managed grazing regime.

Despite the nature reserve’s small size, a remarkable number of bird species has been recorded. The nature reserve has something to offer all year; follow the circular route around the flood storage basin to see what you can discover.

During the spring frogs and toads make their way to the ponds and scrapes to spawn, some having spent the winter in the damp conditions provided by log piles or the bottom of dry stone walls.

Dragonflies emerge at about the same time and can be seen hunting for insects.

Two drier fields within the nature reserve are being managed as hay meadows and the summertime display attracts many butterflies including meadow brown, small copper and ringlet.

When Cumbria Wildlife Trust took over the management of Thacka Beck these fields were in a poor state and were overgrown with tussocky grasses, nettles and thistles. Some plants of interest still remained however, particularly in the western field.

An annual hay cut, grazing, weed control and limited seeding are bringing about improvements, and the number of species is increasing.

Look out for water avens, great burnet, meadowsweet and knapweed, all of which add lovely splashes of colour to the summer scene.

The very mature hedge that runs along the eastern edge of the flood storage basin is a great place to look for passerines (small perching birds).

Hedges that are left to develop without cutting often produce more fruit than their tidy cousins and this hedge is no exception; many bird species come to feed on the plentiful sloes, haws, crab apples and rosehips.

A number of ponds and scrapes can be seen either side of the beck. During the spring frogs and toads make their way here to spawn, some having spent the winter in the damp conditions provided by log piles or the bottom of dry stone walls.

Dragonflies emerge at about the same time, their nymphs having spent up to four years maturing under the water, feeding on other aquatic invertebrates. An unlucky dragonfly may find its already short life shortened further, if it gets plucked out of the air by a swallow or a bigger dragonfly.

The nature reserve was given to Cumbria Wildlife Trust in 2011 by the Environment Agency who developed the site as part of a flood alleviation scheme for Penrith.

The reserve is on National Route 7 Sea to Sea (C2C).

Thacka Beck Nature Reserve is within easy walking distance from Penrith town centre, train station or bus station.  Take the footpath that leads through the underpass on the corner of Lark Lane and Mallard Close, or enter directly from Thacka Lane, immediately after going under the railway bridge.  The nature reserve can also be accessed from Cowper Road or Bowerbank Way in the Gilwilly Industrial Estate. 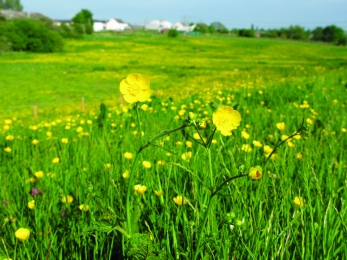 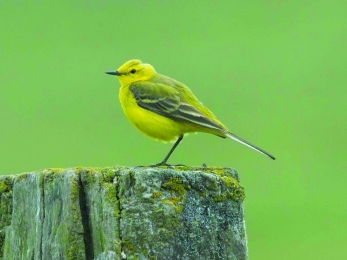 If there are any upcoming events at Thacka Beck Nature Reserve we'll show them to you below.