Quarry Banks Allan Wilson Memorial Reserve is a peaceful nature reserve and in spring the woodland is carpeted with flowers and the air is full of bird song. The meadow flowers attract butterflies in the summer.

Parking in the village

Cattle in autumn and winter.

Quarry Banks nature reserve is accessed via a public footpath from Cumwhinton village signed to Wetheral Shield, which crosses a field to the railway line (0.7km/0.4 miles from public road). At the railway line turn right for the reserve.

The path around the reserve has some steep slopes with steps.

In the small meadow, beyond the quarry, you will find a typical area of unimproved grassland.

Throughout the summer the meadow is in flower with common knapweed, great burnet, betony, yellow-rattle and devil's-bit scabious.

Plants such as yellow iris, ragged-robin and marsh-marigold grow around the beck.

The quarry is partially flooded, although the pond which has developed in it is shaded by the surrounding woodland and therefore has little floating or emergent vegetation.

Both woodland and quarry are managed largely by limited intervention.

The meadow is grazed in autumn and winter each year to maintain the diversity of plant species.

Quarry Banks is very much a product of the railway age. When the Settle-Carlisle line was built in the 1860s the area of land between it and the Pow Maughan Beck became isolated from the surrounding farmland making it uneconomic to manage.

The quarry on the nature reserve was itself developed to provide sandstone for railway bridges and buildings.

The oak woodland, at the northern end of the nature reserve, is clearly far older than the railway and may even be a remnant of ancient woodland.

The site was purchased from British Rail in 1987 in memory of Allan Wilson, a former member of the Trust's Education Committee and adviser to the local education authority.

From the M6 junction 42 take the turning for Wetheral. In Cumwhinton village take the minor raod signed for Cotehill and Armathwaite.  There is very limited parking on the righthand verge next to the lectricity sub station. The public footpath to the reserve starts between two rows of houses on the opposite side of the road.

Buses run from Carlisle to Cumwhinton. 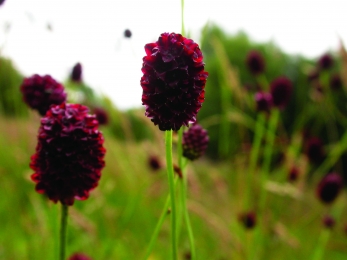 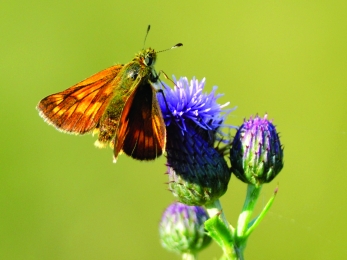 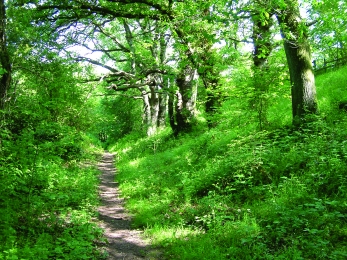 If there are any upcoming events at Quarry Banks Nature Reserve we'll show them to you below. 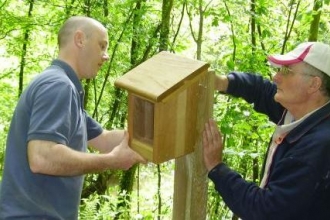