Wild and undisturbed, this small reserve of raised and valley mires provides a habitat for many animal and plant species.

There is a level waymarked circular footpath around the eastern side of the reserve with sections of boardwalk and bridges crossing the wet areas (0.9km/0.6miles). Update July 2020 - a section of footpath has been closed for repair. The circular route is currently not in operation.

The reserve can be accessed directly from the public road.

Damage to the site had been caused by deepening and straightening Burns Beck and digging drains in preparation for tree planting, which never occurred.

The Trust has worked to raise water levels, and this has resulted in some recovery of the mires.

Burns Beck Moss has elements of raised and valley mires. The raised mires are totally dependent on rainfall for moisture, whilst the valley mires receive ground water containing dissolved minerals and nutrients.

Although the nutrient levels vary between the mires, both sustain a variety of plants, and it’s this diversity that makes the site so interesting.

The most common species making up the wetland is sphagnum moss which holds lots of water on the mire.  Look closely amongst the sphagnum to find sundew - an small, insectivorous plant.

In spring bog myrtle is in flower - its crushed leaves give off a lovely resinous fragrance.

During the summer you can see plants such as bog asphodel, sneezewort and marsh cinquefoil in flower.

Around Burns Beck look out for yellow water lily which flowers in the summer.

In places there are patches of willow carr and reedbed and this provides good habitat for a number of breeding birds.

You stand a good chance of seeing a tawny owl, heron and reed buntings.

In spring and summer you may see and hear birds such as curlew, snipe, sedge warbler, willow warbler, grasshopper warbler, meadow pipit and whinchat.

Butterflies too thrive here. In spring look out for the green hairstreak butterfly, whilst later in the summer you may see the small pearl bordered fritillary and small heath butterflies flitting about.

Look out too for common lizard and frogs.

Before the Trust acquired the reserve  attempts had been made to drain the site by straightening and deepening Burns Beck and later by digging a network of drains to prepare the site for tree planting which thankfully never happened.

Since we took over the site in 1995 we have reversed the drainage and installed a large number of dams which is enabling the site to hold water and become a wetland once more.

Burns Beck Moss was purchased by Cumbria Wildlife Trust in 1995 with help from the National Heritage Memorial Fund.

Burns Beck Moss is located 9km/5.5 miles east of Kendal. Access is most easily gained from the A684 Sedbergh road. From junction 37 of the M6 head towards Sedbergh and turn right after about 0.7km/0.4 miles. Follow this road for 4.5km/2.8 miles until (passing Killington Reservoir) you reach a quarry where cars may be parked. (Grid Reference SD 596 881).

Buses run from Kendal to Sedbergh 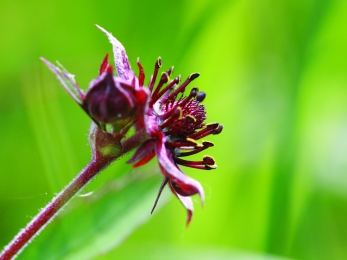 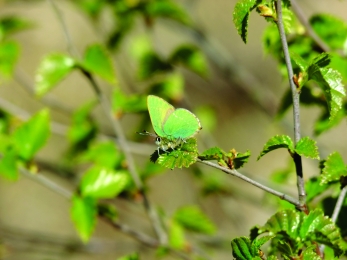 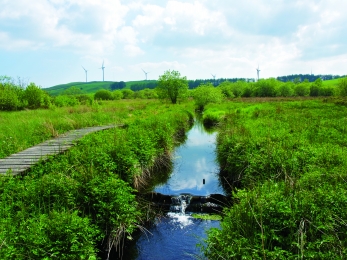 If there are any upcoming events at Burns Beck Moss Nature Reserve we'll show them to you below.