Bowberhead Farm, a traditional farm between Kirkby Stephen and Sedbergh, near Ravenstonedale, has been transferred to the care of Cumbria Wildlife Trust. It includes an internationally-important group of Northern hay meadows, with their rare wildflowers and wildlife.

Bowberhead has some of the most fantastic wildflower-rich meadows that survive in the north of England
Stephen Trotter
CEO, Cumbria Wildlife Trust

Bowberhead Farm is a typical 17th century farm in the Westmorland Dales of Cumbria. Complete with a listed farmhouse, field barns and several miles of dry-stone wall, it has been farmed and occupied in its current layout for over 400 years. The farm is an exceptionally rare survival of a special type of flower-rich hay meadow (covering some 12 ha or 30 acres) which are only found in Northern England and parts of Scotland.

Stephen Trotter, CEO of Cumbria Wildlife Trust says: “Bowberhead has some of the most fantastic wildflower-rich meadows that survive in the north of England. It’s a really special place. Recent surveys have identified more than 92 different species of wildflower here. It’s extraordinarily beautiful during the short summer flowering season, with a profusion of northern specialities like wood crane’s-bill, melancholy thistle, great burnet, saw-wort and lady’s mantles. The proportion of flower to grass is exceptionally high here, which gives meadows like these their local name of ‘herbie’ meadows.”

Stephen continues: “It’s no exaggeration to say these types of meadow are the most vulnerable of all habitats in our county. Even small changes in management can result in species being lost. They’re now genuinely rare in Cumbria and the North of England, with the vast majority having disappeared over the last 100 years. So we are thrilled to take on the task of looking after and protecting this precious part of our living heritage for the future.

“Northern hay meadows are important for the plants they support. It’s possible to find an amazing 30 – 40 plants per square metre in a good meadow! Such a wealth of plants can provide food for bees and pollinators and many different animals, including the brown hare, skylark, curlew, lapwing and twite.” 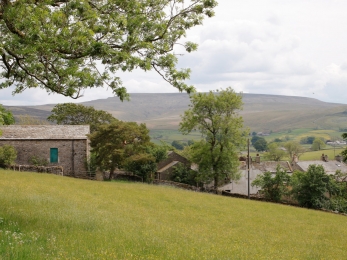 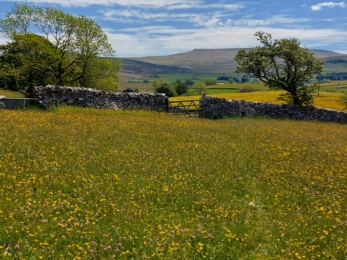 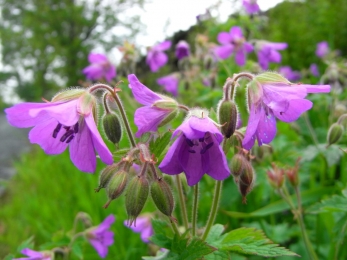 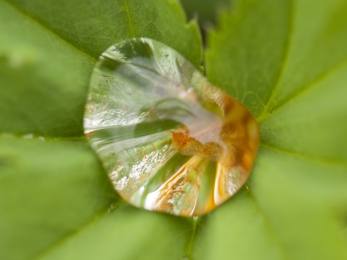 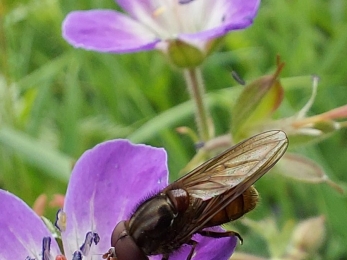 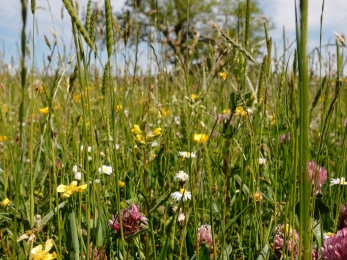 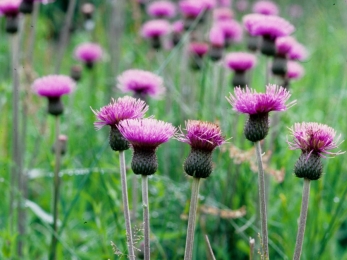 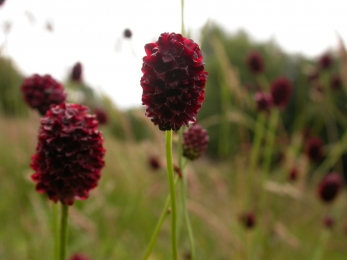 Our first task at Bowberhead will be to work with local farmers to restore the meadows back to top condition for wildlife, following a decline in the quality of the grasslands over the last 20 years. Looking to the future, Stephen says: “Our aim is to use these meadows to create a joined-up network of restored wildflower-rich grasslands across Cumbria and northern England. We’ll open up a path and visitor route so that people can enjoy the flowers and the Westmorland landscape, and eventually we hope to run public events here. In the longer term, we’ll look at how to breathe new life back into the incredible listed farmhouse, barns and outbuildings.”

Bowberhead Farm was transferred to the Trust in lieu of Inheritance Tax, as part of the settlement of the estate of well-known naturalist and scientist Juliet Frankland who died in 2013.

Helen Duxbury, Development Manager at Cumbria Wildlife Trust says: “This is a good example of how land can be transferred into the stewardship of a nature conservation organisation to leave a living legacy, as well as helping with tax affairs. It can be very beneficial to donors and wildlife.”

If you are interested in any aspect of leaving a gift to Cumbria Wildlife Trust, please contact Helen Duxbury on 01539 816300.

Volunteers help save our precious meadows