We're delighted that six more Marine Conservation Zones are designated in the Irish Sea, creating a network of protected areas

The protection of these areas is crucial to the recovery of an array of underwater habitats and threatened species that have suffered from decades of over-exploitation.
Dr Emily Baxter
Senior Marine Conservation Officer, North West Wildlife Trusts

Ancient clams, sea pens, fish, sea urchins, burrowing anemones and starfish are just some of the wildlife species that will benefit from six new Marine Conservation Zones that have been designated in the Irish Sea.

Following a Government consultation last summer that saw 1,800 responses from people across the North West in favour of the protection measures, areas near Cumbria in the Solway Firth and West of Copeland have been designated for protection by the Department for Environment, Food and Rural Affairs (Defra).

South Rigg, Queen Corner, Wyre and Lune Estuaries and Ribble Estuary are locations across the Irish Sea which have also been designated recently. This means there is now a total of 10 Marine Conservation Zones in the Irish Sea and 91 across English coastal and offshore waters.

“We are delighted that this announcement brings six new Marine Conservation Zones for the Irish Sea. The protection of these areas is crucial to the recovery of an array of underwater habitats and threatened species that have suffered from decades of over-exploitation. These special places include deep muddy plains that are home to delicate sea pens, strange spoon worms, fragile sea potatoes, as well as the world’s longest lived creatures – ocean quahog clams! Other areas include scarce areas of sandy seabed that support a wealth of wildlife from molluscs to sea urchins, and burrowing anemones and starfish, plus four important estuaries across the North West where some of the last surviving populations of European smelt (the cucumber fish) in England are known to exist.”

The North West Wildlife Trusts have been campaigning for Marine Conservation Zones since 2009 when the UK Government passed a piece of landmark legislation, the Marine and Coastal Access Act.  These pieces of legislation placed a duty on the UK Government to dramatically boost protection of our seas by creating an ecologically coherent network of protected areas.

Emily Baxter stated: “The support we’ve had from over 6,000 North West Wildlife Trust members and supporters has been crucial in getting the Government to listen to our concerns about wildlife species and habitats in the Irish Sea over the last 10 years. We all know about the huge amount of plastics in our seas but there are so many other threats to our seas. This network of protected areas will help to ensure that our most special, sensitive and important marine life and habitats have the space to recover from past damage and declines. However, this will only happen if these areas are properly managed. That is now our next step: to ensure that management of these zones is implemented and enforced.” 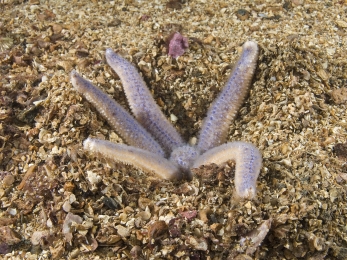 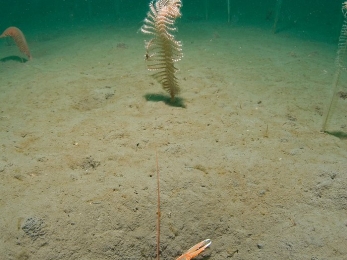 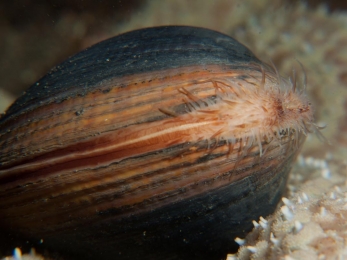 Why are Solway Firth and West of Copeland Marine Conservation Zones special?

Conservation status: Recover – smelt populations have declined drastically over the past 200 years

European smelt were once widespread in estuaries across the UK but they have been lost from many estuaries in England and Scotland. They feed over rocky areas in the lower estuary and migrate to freshwater to spawn. Juvenile smelt gather together in nursery grounds in the middle estuary before heading back towards the sea.

Conservation status: Recover – the seabed here is sensitive to damage from trawling and dredging

The range of sandy sediments on the seabed supports a wealth of wildlife from molluscs to sea urchins, and burrowing anemones and starfish. Not much of the seabed in the Irish Sea is made of coarse sand and gravel so it is vital that we protect special areas of this scarce habitat.

Cumbria, Lancashire and Cheshire Wildlife Trusts receive £300,000 to champion and protect important wildlife and habitats in the Irish…

Wrap up warm for a wonderful wintry Walney Wildlife Day