Following detailed surveying by wild flower expert Peter Bullard, Cumbria Wildlife Trust’s Smardale Nature Reserve, near Kirkby Stephen, has been assessed as the best nature reserve in Cumbria for the variety of plants that grow there.

Around 400 different species of plants can be found at Smardale Nature Reserve which is situated along 3.5 miles of disused railway line.

Peter Bullard, former Director of Cumbria Wildlife Trust, and wild flower expert says: “Smardale is so good for wild flowers for several reasons. There are lots of different habitats; hillside, woodlands and wetlands, and there is lots of change in these habitats over the three and half miles. The post-industrial nature of Smardale has also had a positive impact, as the cuttings and embankments created as the railway was forged through the countryside have provided the poor limestone soils, where wild flowers thrive. All this cutting and creating has made niches for flowers that like different conditions; so rocky or wet or shady, there’s somewhere perfect for all kinds of plants.”

Limestone grasslands are a particularly rare habitat nationally and Cumbria is lucky to have several areas, around Kirkby Stephen and Morecambe Bay.

Peter continues: “There are lots of orchids at the nature reserve. More common ones like the spotted orchid and the marsh orchid and rare ones such as fly orchids. Rockrose is easily seen here but common wintergreen is quite rare and needs to be sought out. Herb-Paris can be found in the ancient woodlands. The beauty of looking at the flowers at Smardale is that they are all very close to the main footpath, so you don’t have to go far to find them.” 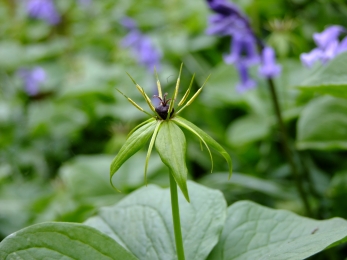 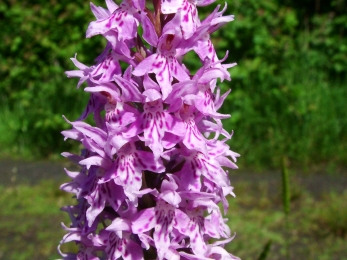 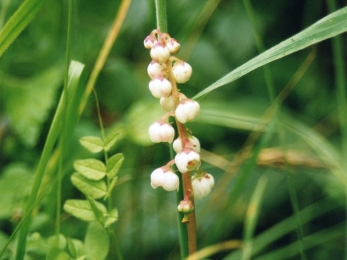 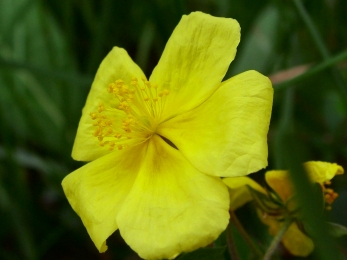 Cumbria Wildlife Trust has recently created a new car park, with plenty of parking spaces, and a new visitor entrance, which was greatly needed due to the increasing popularity of the nature reserve. The local wildlife charity has also created an accessible walkway linking the new car park to the original entrance to Smardale Gill only 300 metres away on the other side of Smardale village. The new car park was made possible thanks to donations from individuals and grants from LEADER, YDNPA sustainability fund and the Eden Community Fund.

A new leaflet about the reserve has also been published and can be picked up at the nature reserve or from Upper Eden Visitor Centre.

Smardale Nature Reserve – a gem in the Westmorland Dales

Ancient woodland, flower-filled grasslands and stunning scenery ensure there’s interest in every step of your visit to Smardale Nature Reserve. Lying within the picturesque landscape of the Upper Eden Valley, the nature reserve occupies a section of the now disused railway line that once ran from Tebay to Darlington.

From easily-accessible low-gradient paths along the former track bed, dramatic scenery and interesting wildlife await. Whether it’s the steep wooded slopes that plunge to meet the beck below, or the enclosed cuttings and areas of unspoilt limestone grassland, you’ll be enchanted by truly peaceful place.

What is now the nature reserve was carved from the underlying carboniferous limestone during the construction of the Stainmore railway, which was built to transport coke for the thriving iron industry. The railway opened in 1861 and closed in 1962, after just over 100 years.

Ironically, Smardale’s industrial past has created new areas of fantastic wildlife habitat and has saved others. Within the woodland, the banks on either side of the track would have been kept clear of trees when the railway was in operation. They have now been colonised by ash, birch, hazel and willow, providing a woodland-edge habitat enjoyed by birds like redstart, wood warbler, treecreeper and long-tailed tit.

Fragments of flower-rich grassland that once covered surrounding fields were also saved. These areas around the tracks escaped the agricultural improvements of the twentieth century, which is why the nature reserve is so rich in flowers today.

WE'VE BEEN ADVISED BY THE NORTHERN VIADUCT TRUST, WHO OWN AND MAINTAIN SMARDALE GILL VIADUCT, THAT FROM SUNDAY 28 JULY THE VIADUCT IS CLOSED UNTIL FURTHER NOTICE DUE TO SAFETY CONCERNS OVER THE HANDRAILS.

PLEASE VISIT THE RESERVE PAGE TO SEE A MAP OF THE DIVERSION.

Volunteers help save our precious meadows

Bliss among the bluebells