A pair of ospreys, female Blue 35 and male White YW, has been breeding on Foulshaw Moss Nature Reserve since 2014.
As we eagerly anticipate the return of our Osprey pair Blue 35 and White YW later this month we thought we would update our summary of all the chicks they have raised together in the last six years

Since our pair started nesting in 2014 they have succesfully raised  16 chicks- 8 male and 8 females.  All our chicks are ringed before they fledge the nest. Sadly not all chicks make it this far:  one other chick died in the nest in 2016 and in 2019 a further egg failed to hatch.

Ringing chicks enables us to follow their progress as they grow up, nest and start to raise chicks of their own. Indeed one of our first chicks, Blue 7A,  has been breeding at Esthwaite since 2017.  It is fantastic when we get positive news that at least some of our other chicks have survived their first migration too.  See the reported sightings in the table below. 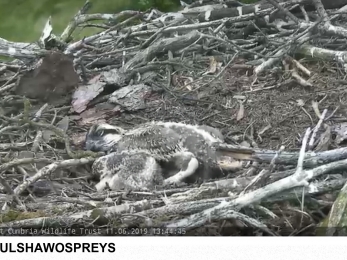 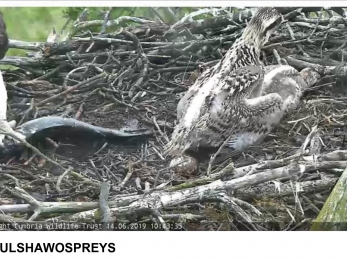 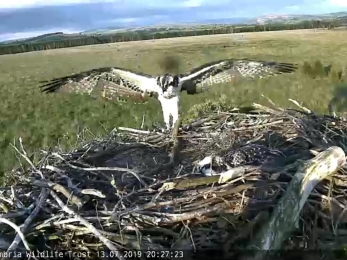 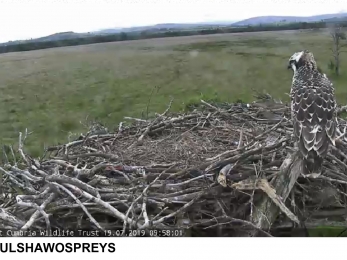 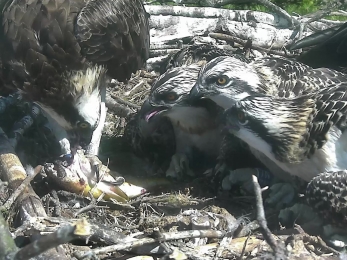 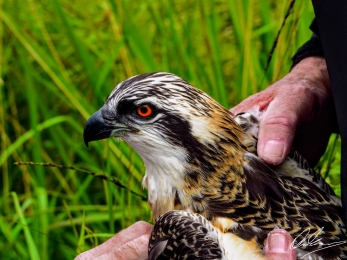 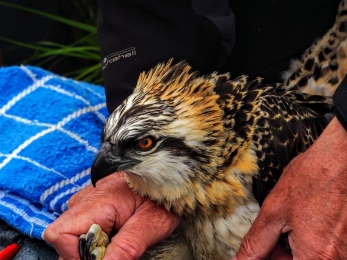 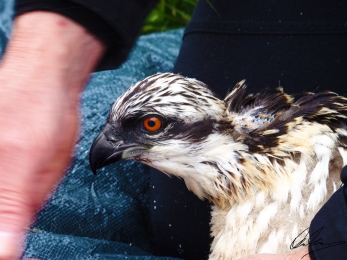 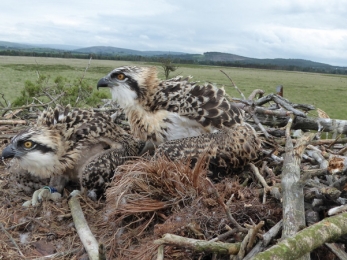 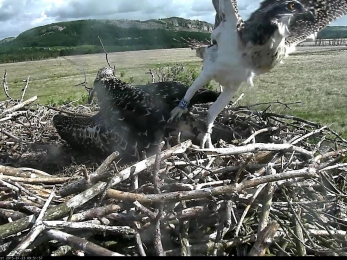 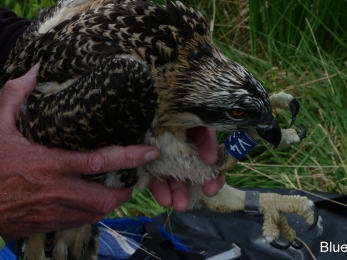 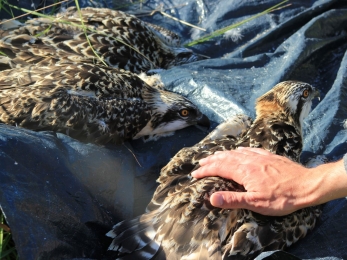 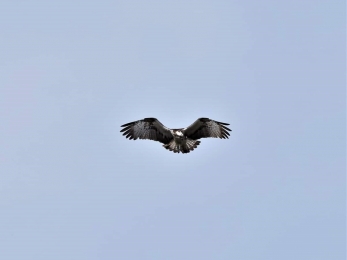 Comings and goings of the osprey family