Westmorland and Lonsdale MP, Tim Farron, visited Birds Park Reservoir on Friday (23 April) to see a natural flood defence scheme designed to slow the flow of floodwater from Stock Beck East down into the Sandylands estate in Kendal.

Westmorland and Lonsdale MP, Tim Farron, visited Birds Park Reservoir on Friday (23 April) to see a natural flood defence scheme designed to slow the flow of floodwater from Stock Beck East down into the Sandylands estate in Kendal.

Natural flood management work at the reservoir has included building a series of earth banks, swales, hydro-walls, and hydro-fences, and also planting willow ‘hydro-hedges’, hedges on top of earth banks and trees. These new natural structures will hold back water and slow its flow during storm events. Any stored water releases slowly after the flood peak, reducing the impact on properties downstream. The works were carried out by Cumbria-based Sustainable Catchment Solutions.

Tim Farron, MP for Westmorland and Lonsdale, says: “The impact of this tree planting and natural barriers to slow the flow, in protecting families and businesses in the town will be huge. Keeping Kendal safe from the physical, emotional, and financial devastation of flooding will involve an ambitious and varied scheme.

“These natural flood defences above Kendal are a vital part of that, and alongside other parts of the scheme should give our community confidence that they will be protected while also enhancing and protecting our environment, and the beauty of the town.”

David Harpley, Cumbria Wildlife Trust’s Conservation Manager, says: “It’s great to be able to talk about the scheme at Birds Park Reservoir, as this is a fairly new way of reducing localised flooding. Its effectiveness is being monitored by Lancaster University and the results will influence how natural flood management might be used elsewhere in Cumbria in the future.

“Volunteers from Kendal Conservation Volunteers helped to create the new hydro-hedges using willow branches, which were pushed into the ground in an arch over logs to create a living hedge. The volunteers have also planted 2,600 trees at Birds Park Reservoir. It all helps slow the flow of water down into the town.”

During Storm Desmond in 2015, significant rainfall in the small catchment where Birds Park Reservoir lies, caused flooding to over 600 properties in eastern Kendal. This small catchment, which starts above Birds Park Reservior on the slopes of Benson Knott, feeds water into the three arms of Stock Beck. Stock Beck then flows through culverts in Sandylands, occasionally appearing as open concrete channels. The culverts are too small to cope with the high volumes of water during extreme storm events, which leads to the flooding of properties. Slowing the flow of water in the Stock Beck catchment is an important option, as holding back water for short periods of time during storm events reduces the height of flood peaks.

Cumbria Wildlife Trust is working in partnership with the Environment Agency, which has funded the project, to deliver a programme of natural flood management research in the Stock Beck Catchment. 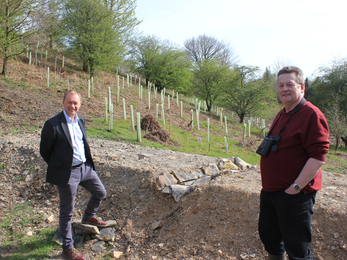 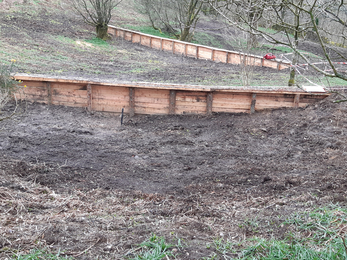 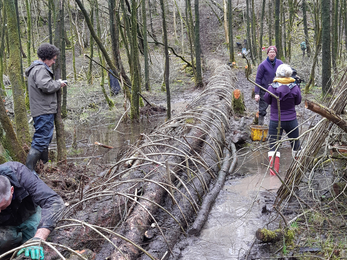 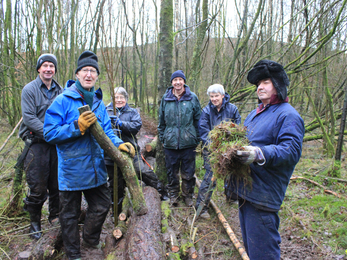 Natural Flood Defence to be created for Sandylands, Kendal

Volunteers have started work on a new natural flood defence project at Birds Park, to the east of Kendal, to help research the…