With stunning views of the Cumbrian fells and Morecambe Bay, this is a great place to walk and explore. Rich in wildflowers and butterflies.

Between Kendal and Grange over Sands

Access from the east has more gentle gradients. Access from any direction involves a walk of at least 1km/0.6 miles before the nature reserve is reached.

The Carboniferous limestone of Whitbarrow was laid down 350 million years ago. Across the nature reserve, which occupies 100 hectares on top of the scar and includes the summit cairn, the rock is exposed as a series of limestone pavements, low crags and scree.

What makes Whitbarrow so special?

Far from being a rocky desert, the unique environment supports scores of plants and animals. Very thin soils over much of the site provide ideal growing conditions for a variety of plant species such as hoary rock-rose, primrose, cowslip and early-purple orchid, followed by bird’s-foot-trefoil, lesser meadow-rue, dropwort, limestone bedstraw and wild thyme later in the summer.

Blue moor-grass may seem common here but it’s extremely rare in UK. Unusual plants including rigid buckler-fern and hard shield-fern thrive in the sheltered micro-climate of the grikes.

Shelter in the limestone pavement

The limestone pavements provide sheltered places for a range of unusual plants to thrive.

You might find hart's-tongue fern, rigid buckler-fern, hard shield-fern or limestone polypody which are all abundant here. Between the limestone pavements, thicker soils allow heather and bracken to grow.

Scattered ash, birch and juniper add to the habitat mosaic of this fascinating place.

Whitbarrow nature reserve has a rich invertebrate fauna. In summer you may see four species of fritillary butterfly: high brown, dark green, pearl-bordered and small pearl-bordered, which all breed here.

Breeding birds include meadow pipit, both green and great spotted woodpecker and redstart.

Light year-round grazing with sheep and cattle has been re-introduced to maintain a mosaic of habitats.

A small part of the nature reserve is owned by the Trust and the remainder is held on a long lease from the Argles family. The nature reserve was established in memory of Canon A K Hervey, a founder member of Cumbria Wildlife Trust

The enclosure, also known as Flodder Allotment, was created in the 19th century as a result of the Enclosure Acts.

From A590 take the road signposted for Witherslack. Follow this through the village and then for a further 2km/1.2 miles. At Witherslack Hall (now Oversands School) turn right and onto the rough track for parking. Follow the footpath across field and up the scar to the reserve. A more gentle approach is possible from The Howe or Row off the A5074, however, parking here is limited.

Buses run from Barrow in Furness, Ulverston and Kendal to Witherslack. 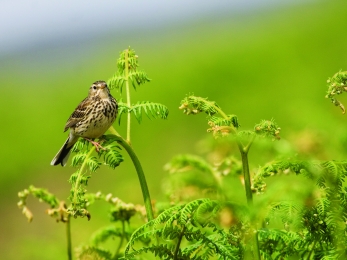 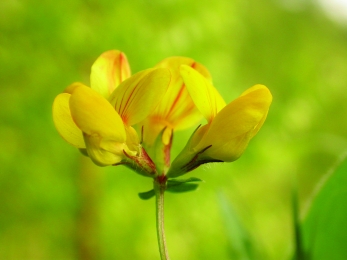 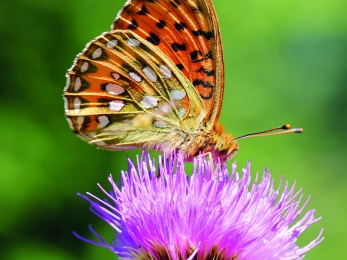 If there are any upcoming events at Whitbarrow - Hervey Memorial Reserve we'll show them to you below.