The problem:  The peatland has been eaten away by peripheral domestic peat cutting, agricultural claim and drainage but does still retain an intact uncut dome of peat. Historically, Foulshaw Moss was mainly open landscape. However, the Forestry Commission purchased it in 1949, made a significant attempt to drain it and planted it with conifer trees. Historical peat cutting, drainage and tree growth led to unstable and lowered water levels across the peatland, particularly at its edges. Water table data suggests that water levels were too low and fluctuated widely throughout the year. Dry conditions extended over large areas, particularly during the summer months. Lowering the water table lets air into the peat which begins a process of collapsing and rotting, thus releasing carbon dioxide into the atmosphere.

What Cumbria Wildlife Trust did:  Foulshaw Moss was purchased in 1999. Initially, a large area of conifers was removed from the centre, leaving a ring of trees around the edge, largely on former peat cuttings. Drains were blocked in the open central area and rhododendron, birch, and pine were removed. In the second phase of work, 800,000 m2 of conifers were removed from the periphery of Foulshaw Moss, 9,177 m of peat cut edges were reprofiled and 494,000 m2 of bunds were built. 265,700 m2 of fen habitat were also created.

Benefits:  Removing trees and blocking drains and ditches has raised the water level of the peatland. Seasonal fluctuations are no longer causing it to degrade and release carbon dioxide into the atmosphere. Over time, as the peatland recovers, it will begin to cover in sphagnum moss, which will take in carbon dioxide as it degrades very slowly and forms peat.

Carbon locked in:  5,392 tonnes of carbon dioxide per year*

*Figures are calculated using government methodology for estimating carbon dioxide loss from damaged peatlands. Figures for restoring from forestry are not available, therefore restoration from grassland is used as proxy. 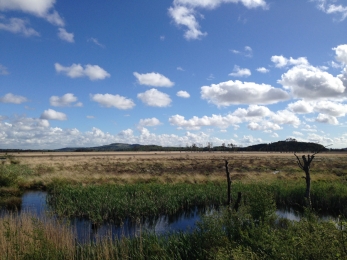 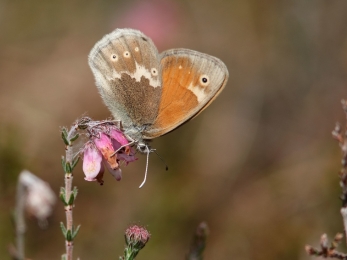